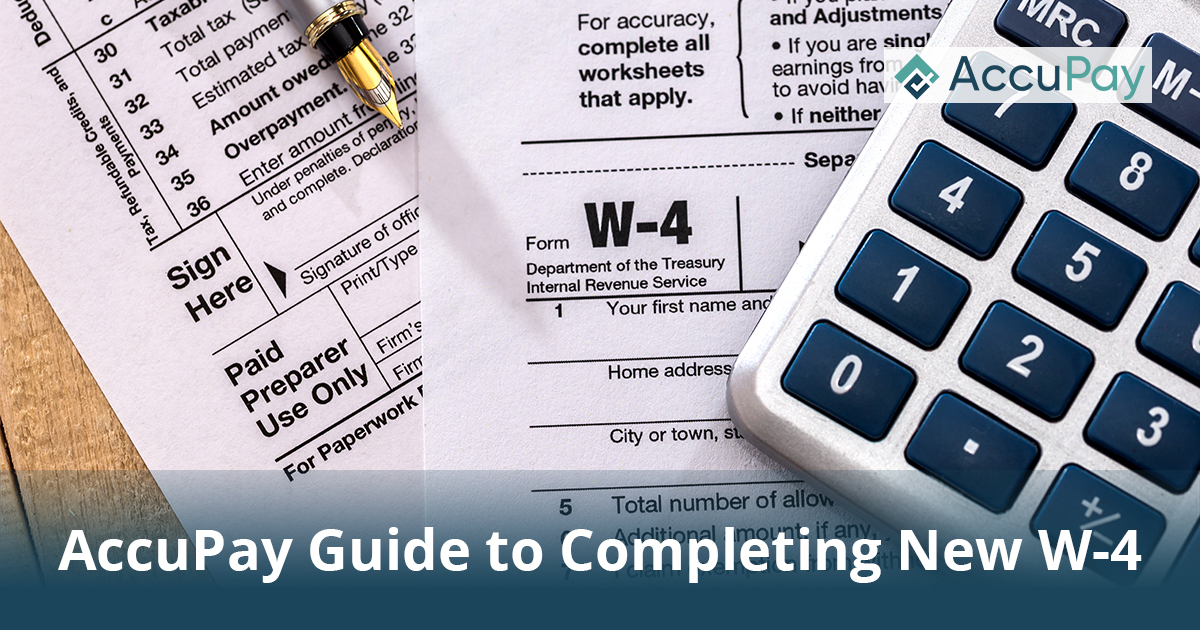 The Targeted Cuts & Jobs Act was signed into law by President Trump in December of 2017, and dramatically impacted many core/basic provisions of the income tax law/code, effective January of 2018. These changes from the TCJA included an elimination of tax deductions for “exemptions/allowances”, increased standard deductions for all individuals, overall reduced tax rates and tax brackets across all income tiers, and increased tax credits for children under the age of 17 and new tax credits for other dependents.

Even though the tax law changed dramatically at the most basic levels, the employee W-4 withholding certificate was not changed in 2018 or 2019 to be consistent with changes in the new tax law. As a result, the IRS was continually warning individual taxpayers to review their tax position to make sure they were not under-withholding their taxes and later waived most underpayment penalties resulting in taxpayer’s being under-withheld during 2018.

What took the IRS so long to revise W-4 to the new law?

For decades, the “old” W-4 form completed by individual employees centered around the number of allowances claimed, along with filing status, so virtually all individuals became familiar with phrases such as “single claiming 2”, “married claiming 5”, so forth and so on. Most employees easily filled out their W-4 form, indicating whether single or married and the number of total dependents in their household.

With the passage of the new tax law, the TCJA, the W-4 concept of “Allowances” became obsolete since those allowances no longer generated any tax savings due to their elimination from the federal tax law as “deductible exemptions” but the changes brought on by the TCJA were so fundamental/basic to virtually all taxpayers, that the IRS did not know how to “sync” the W-4’s with allowances to the new tax law which gave zero tax value to “allowances”.

So, we have been “muddling along” during 2018 and again this year with outdated W-4s while the IRS was struggling with how to create a new W-4 which is consistent with the new tax law. At the same time, the IRS knew that the outdated W-4 forms did not correctly withhold income taxes for many/most employee groups, so they simply warned taxpayers to perform a “tax checkup” while they worked on the new W-4 form.

How is the new W-4 form different than the previous one?

The brand new W-4 form, effective for January 2020, does not request the number of allowances from an individual (remember, under the revised tax law, allowances have zero tax value). Instead, it actually provides an opportunity for individuals to more accurately calculate their withholding based on their filing status (single, married and a new “head of household” filing status), the opportunity to increase one’s withholding in “2 earner couples” (most common taxpayers who were underpaid in the past were a married couple who each had W-2 wage income), opportunities to reduce an employee’s federal tax withholding based on child tax and dependent tax credits (which can be substantial in amounts), education tax credits, and deductions in excess of the “standard deduction”.

The withholding tables build in the tax rate/bracket structure based on the employee’s wage amount and also builds in the standard deduction amount, based on the taxpayer’s filing status: single, married or head of household.

The new W-4 is essentially a projection of an employee’s federal income tax liability, which revolves around one’s income level (wage amount), deductions (IRA, HSA, itemized in excess of standard) and federal tax credits (children under age 17, other dependents, education and other federal tax credits). The new W-4 is, at its most carefully prepared level, a “miniature 1040” in which income, deductions, tax credits, etc. generate the correct tax withholdings which are equal to one’s Form 1040 tax liability.

An Easy Way to Complete the W-4 for Most Individuals

The new W-4 form has 5 steps in it, with supporting and “behind the scenes” tax calculations, BUT MOST EMPLOYEES can prepare and submit a reasonably accurate W-4 form by completing Steps 1, 3 and 5 only, as follows:

Step #1—-Complete name, social and IMPORTANTLY filing status as single, married filing a joint return or head of household (single person who maintains a household where kids/dependents live). The filing status in Step #1 is important since it calculates the correct standard deduction which is built into the IRS withholding tables—-least amount for “single”, most for “married” and in the middle for “head of household”

Step #3—-Enter the number of dependent children who will be less than 17 years of age as of 12/31/2020——multiply by the child tax credit amount of $2,000 per child. Then enter the number of “other dependents” who are children 17 or over and others who you claim as dependents—-parents, nieces you support, foster children, etc—–TAX CREDITS REDUCE YOUR WITHHOLDING DOLLAR FOR DOLLAR IN THE TABLES

Step #5—-Sign the bottom of the W-4 and submit it to your employer COMPLETING THE ABOVE 3 STEPS WILL CALCULATE YOUR WITHHOLDINGS BASED ON YOUR INCOME LEVEL, FILNG STATUS, CHILDREN/DEPENDENTS AND YOUR STANDARD DEDUCTION AMOUNT. YOU CAN IGNORE STEPS 2 and 4, WHICH GENERALLY DO NOT MATERIALLY IMPACT YOUR FEDERAL WITHHOLDINGS. COMPLETING YOUR W-4 IN THIS EASY WAY SHOULD ONLY TAKE 5 MINUTES!!

An employee who has a more complex tax fact pattern, or for those who simply “like” to work with taxes and like “precision”, can spend more time and carefully complete the new W-4. This could be important for high-income taxpayers, married couples who often owe more tax due to multiple jobs/W-2s, those with education credits, those who “itemize” their deductions with substantial mortgage interest or donations to charities, and similar fact patterns. These employees would complete their W-4 in the following “steps”:

Step # 1 is identical to the above.

Step #2–Step #2 recognizes that a common fact pattern in which employees owe more taxes when they file their 1040 forms at year-end is a married couple who each have significant W-2 earnings OR a single taxpayer who has multiple jobs (likely can ignore small W-2 wage amounts). Step #2 provides a “multiple jobs worksheet” on page 3 of the new W-4 in which multiple jobs can be “plotted” along the worksheet grid, and finding the “additional/extra” tax on the worksheet in which the highest and lowest paying jobs “intersect” on the worksheet. This amount from page 3 of the W-4 can be inserted in Step #4, column c, which when entered into the employer’s payroll system will withhold the extra amount ratably per paycheck.

Step #4–Deductions—-Taxpayers with significant amounts of itemized deductions for mortgage interest and/or donations can enter their expected total itemized deductions from Schedule A, Form 1040, in excess of the standard deduction for their filing status, in Step #4, line 2——Also, those taxpayers who contribute to tax-deductible (not Roth) IRA’s and Health Savings Accounts can also enter those expected annual amounts in the figure on Step #4, line 2

Step #5 is identical to the above

Employees who generally have zero federal income tax due to the “low income earned income tax credit” OR students with part-time jobs who do not earn enough to pay federal income tax, can enter “EXEMPT” on the W-4, next to line 4(d) and no federal income tax will be withheld from their wages. The rules to claim exempt status (no tax in previous year and none expected during the current year) remain unchanged from the previous W-4 form.

How is the 2020 W-4 Form different from previous years?

The new W-4 is essentially a projection of an employee’s federal income tax liability, which revolves around one’s income level, deductions, and federal tax credits.