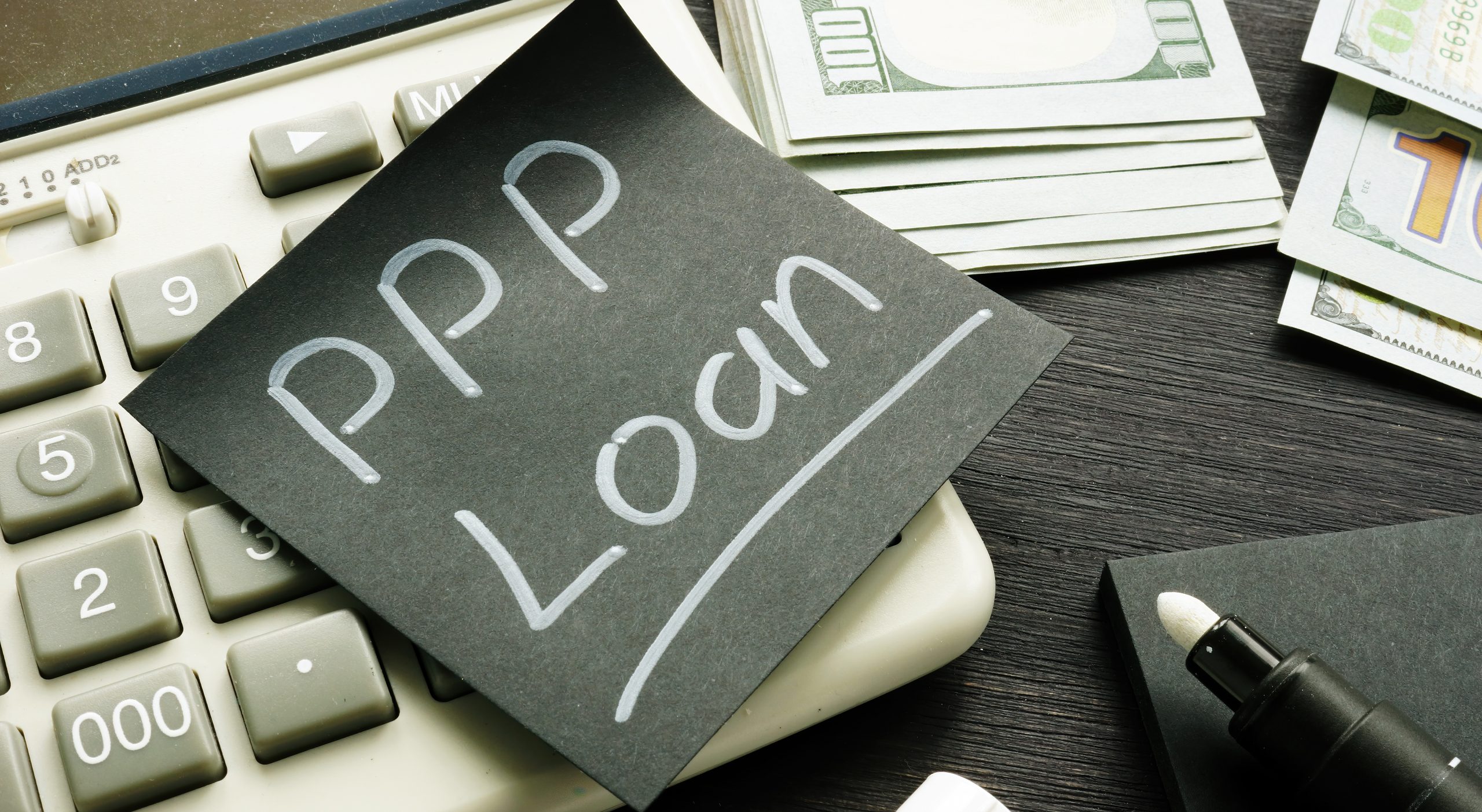 The Paycheck Protection Program Flexibility Act (PPP Flex) was signed into law on June 5, 2020, and makes significant enhancements in the ability of small employers to obtain forgiveness of their PPP loan debts. PPP Flex amended the PPP loan provisions contained in the CARES Act, and was in response to hundreds of thousands of stories by small employers who received the PPP loans in April and could not comply with the 8 week period to spend the money, 75% or more on payroll costs, in order to attain loan forgiveness—-which is at the “core” of the popularity of the PPP loans. AccuPay has heard from hundreds of employers who obtained the PPP loans but did not know how to spend the PPP loan proceeds on payroll when they were either closed or barely operating. Stories from restaurants, gym owners, hotels, dentists and others quickly emerged in the “local news” about how the PPP program did not “fit” those employers, since you do not need employees when customers do not exist—-and yet the primary key to PPP loan forgiveness required the employers to hire/rehire employees and spend their PPP loan proceeds on “payroll costs” within 8 weeks of receiving the PPP loan. Though “too late” for some employers, PPP Flex will be of tremendous help to many small employers who need extra time and flexibility on how they spend their PPP loan proceeds in order to convert most to all of their PPP loan from a debt into a “grant,” not requiring repayment.

The PPP loan provisions contained in the CARES Act were all about keeping employees “on the payroll”, more so than helping small employers with their needs for capital. As one author indicated, the name of the law was the “paycheck protection program,” NOT the “small business protection program”——so the original intent of PPP loans was to provide them to small employers who would spend the loan proceeds on “paychecks.” At the same time, the CARES Act created significant increases in unemployment benefits, such that those benefits competed with the payrates of many employers in hiring/rehiring employees—-most of us know that in many cases people could and can earn more on unemployment than working for wages. At the same time, the original 8 week timeframe with which small employers were required to spend the PPP loan proceeds on payroll costs was inconsistent with the return to normal operations for many employers.

PPP Flex suggests somewhat of a shift in emphasis to helping protect small employers from closing, than merely channeling PPP loan proceeds through employers to employee paychecks. This change in emphasis is reflected in the increase from 8 to 24 weeks with which to spend PPP loan proceeds on eligible costs, as well as a reduction in the amount of the proceeds required for payroll costs from 75% to 60%.

PPP Flex increased the timeframe in which to spend PPP loan proceeds from 8 weeks to 24 weeks—both measured from the day of the PPP loan deposit to your bank account. Since the PPP loan amount was calculated based on 2 1/2 months/10.83 weeks of “payroll costs”, most employers should be able to spend 10-11 weeks of payroll loan funding on payroll costs  within a 24 week period—-it should be a near “slam dunk” for most employers. Employers can “elect” to keep the original 8 week “forgiveness period” instead of converting to a 24 week period if they so choose—but the general rule of PPP Flex is that employers have 24 weeks in which to spend their PPP loans on costs eligible for forgiveness, unless those who received their PPP loans prior to June 5th choose to keep their original 8 week forgiveness period.

Most employers who AccuPay dealt with were struggling far more with the 8 week spending period than spending at least 75% of the proceeds for payroll. However, some employers wanted to spend more of the PPP loan on rents, utilities, and business interest than the permitted 25%, and could not justify spending 75% or more of the PPP loan on payroll costs. An example would be the owner of a car wash, which would be a business requiring minimal labor costs as compared to interest/rent on the car wash facility, and utilities. Those types of low labor cost/high capital investment cost employers will benefit from the PPP Flex provision which will enable employers to spend up to 40% of their PPP loan on rents, interest and utilities as “forgivable loan costs”, with only 60% spent on payroll costs.

DEFERRAL OF EMPLOYER SHARE OF FICA TAX—NOT FORGIVENESS, JUST A POSTPONEMENT OF A DEBT TO THE IRS

The original CARES Act provides that all employers, regardless of size, can elect to postpone/defer the employer matching share of FICA taxes on wages from year 2020 to being due in equal amounts at the end of years 2021 and 2022. HOWEVER, this deferral opportunity was not available to a recipient of a PPP loan—-and then was later interpreted to be available to a PPP loan recipient until they received full or partial forgiveness of their PPP loan. PPP Flex has amended the CARES Act to permit employers with PPP loans to also defer/postpone payment of the employer share of FICA taxes from this year to the following 2 years.

Our experience has been that most employers have chosen to not defer/postpone the 6.2% of wages employer share of FICA tax from this year to the end of 2021/2022, since this is merely a deferral of a required cost, with no forgiveness whatsoever. Employers who do choose to elect to postpone their share of FICA taxes for this year must carry the debt/deferral on their books, and must remember to pay equal shares of the postponed FICA taxes by the end of 2021 and 2022—substantial late tax deposit penalties would apply if the postponed taxes are not paid by their legal due dates.

IF YOU ARE AN ACCUPAY CLIENT WHO HAS RECEIVED A PPP LOAN AND WANT TO POSTPONE/DEFER THE TAXES FROM THIS YEAR TO THE NEXT FEW YEARS, PLEASE LET YOUR PAYROLL SPECIALIST KNOW. You will receive a report of deferred payroll taxes which you need to account for in your general ledger. (Note – you may not defer FICA tax retroactively.)

WHY WOULD AN EMPLOYER ELECT TO USE THE ORIGINAL 8 WEEK FORGIVENESS SPENDING PERIOD?

Employers who should consider keeping their original 8 week “covered period” have the following characteristics:

RULE—-If you meet the rules/law for complete forgiveness after you complete your original 8 week “covered period”, ELECT 8 WEEKS AND APPLY SHORTLY THEREAFTER.

Many employers needed, and still need, greater than 8 weeks from date of PPP loan deposit to spend their PPP loan proceeds. Similarly, some employers have spent/need to spend more of their PPP loan proceeds on eligible costs other than “payroll costs,” and will benefit from only needing to spend 60% on payroll, not the original 75% payroll costs spend. Also, some employers have not been able/are not able to maintain their FTE headcounts currently at levels of FTE’s/headcounts which existed prior to the pandemic—–those employers who expect to increase their headcounts during the extended 24 week period can avoid most or all of the reductions in loan forgiveness based on reductions in FTE levels.

PPP FLEX was enacted to benefit employers described above—they need more time to hire employees (from 8 to 24 weeks) and/or need to spend a greater percentage of the PPP loan amount on eligible/non-payroll costs, such as rents, utilities and business interest (FLEX only requires that 60% of the PPP loan costs be spent on payroll costs, down from 75%).

WHAT IF I ONLY SPEND 55% OF MY PPP LOAN PROCEEDS ON PAYROLL COSTS DURING MY COVERED SPENDING PERIOD?

WHEN DO I APPLY FOR PPP LOAN FORGIVENESS?

PPP Flex indicates that the employer is required to apply for loan forgiveness within 10 months after the close/end of their “covered period” of 24 weeks (or the elected original 8 weeks). The forgiveness request will be made to the SBA lender, and will be made on a new form which the SBA will draft to replace the current 11 page loan forgiveness form. The SBA has “hinted” that new and easier forms will be forthcoming to replace the existing PPP loan application and SBA loan forgiveness application forms—–along with more guidance from the SBA regarding the PPP Flex Act. The Flex Act has also clarified that accrued interest on the forgiveness portion of the PPP loan will also be forgiven (this was previously not clear).

A FEW OTHER PPP FLEX PROVISIONS

The SBA has clarified that the deadline for PPP loans will expire as it originally was set, on June 30, 2020. SMALL EMPLOYERS WHO CAN BENEFIT FROM PPP LOANS SHOULD TALK WITH YOUR BANK NOW ABOUT APPLYING FOR PPP NOW SINCE THE EXPIRATION DATE IS LOOMING. PPP Flex has changed the maturity/due date for the non-forgiven portion of the PPP loans from 2 years to 5 years for PPP loan closings on or after June 5, 2020 (PPP loans made prior to June 5, 2020 will continue to have a 2 year maturity BUT it appears that those 2 year PPP loans can be revised to 5 years if your SBA lender will revise your PPP loan.)

EARLY PPP LOAN RECIPIENTS WERE ON THE CUTTING EDGE

Employers who applied for and received PPP loans early in the cycle (PPP loan portals opened April 3rd), and who spent PPP loan proceeds based on achieving loan forgiveness based on 8 weeks of spending will be the employers who will benefit least from PPP Flex—Those employers should calculate how much of their PPP loan proceeds have not been spent and develop a plan of further spending consistent with the PPP Flex Act provisions.

LINK TO OUR PREVIOUS PAYDAYS ABOUT PPP LOAN CONCEPTS, PROCEDURES, AND PLANNING

AccuPay has written several educational PayDay’s on PPP loan and related COVID-19 payroll tax credits and tax deferrals. Since PPP Flex simply amends the previous PPP loan rules and the other payroll tax COVID-19 laws remain the same, we encourage you to read our previous articles/PayDay’s here. We encourage you to discuss PPP loan forgiveness planning with your accountant and your banker, but we are also pleased to answer your questions about the CARES Act provisions by emailing larry@accupay.com.