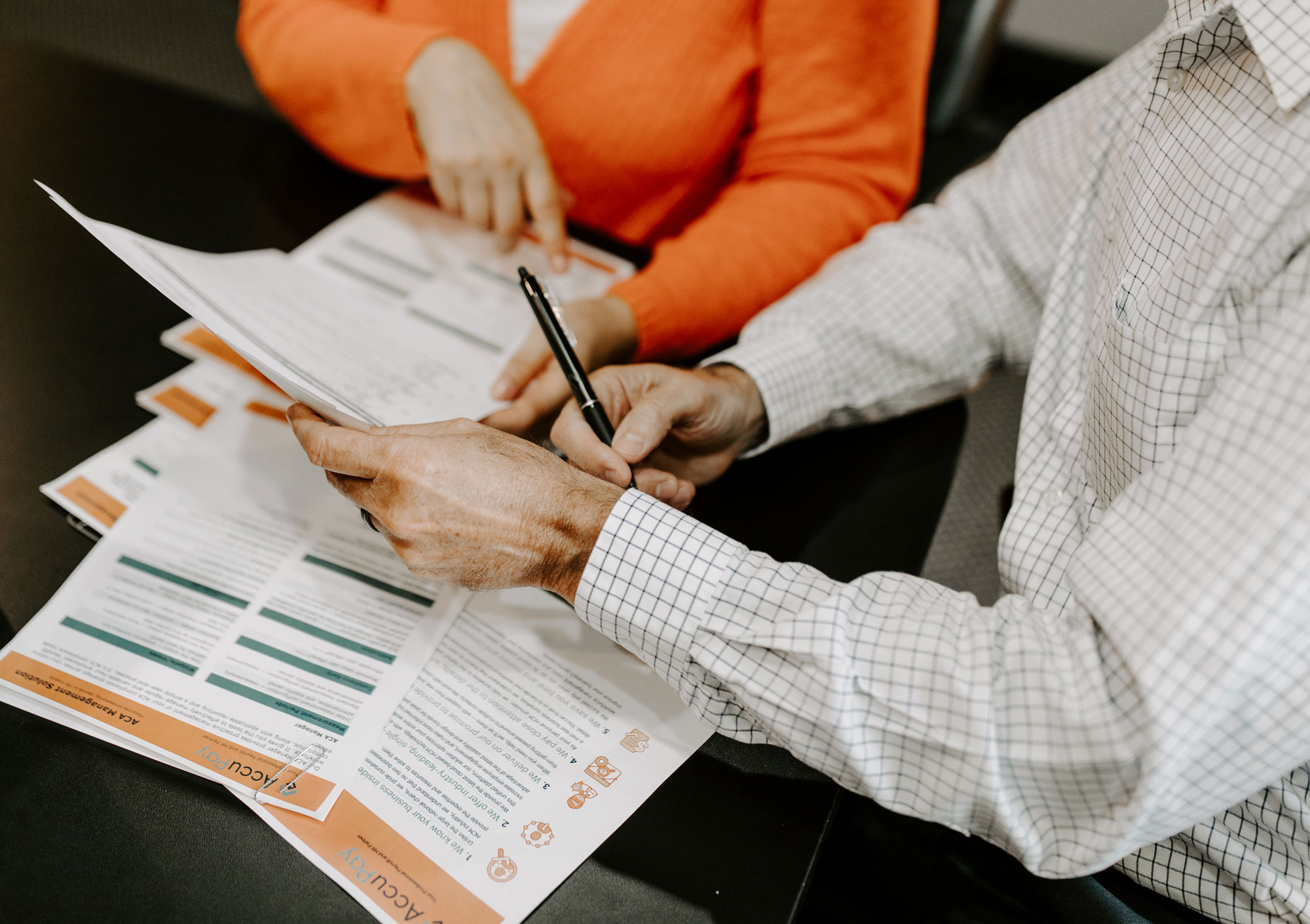 The CARES Act enacted into law on March 27, 2020 contains provisions which enables employers with fewer than 500 employees (per location) to apply for SBA backed loans with the intention that the loan proceeds would be used for employer “payroll costs”, rent/mortgage interest, and utilities. These Paycheck Protection Program (PPP) loans can be partially to completely “forgiven” and turned into non-taxable “grants” IF the employer spends at least 75% of the SBA loan proceeds on “payroll costs” (defined below), with the remainder spent on rent/mortgage interest and utilities during the 8 week “forgiveness period” which begins on the day in which the employer receives any portion of the PPP loan proceeds.

The emphasis on PPP loans has turned from “how do we apply and get the loan”, for many employers, to “how do we optimize the forgiveness portion” of the PPP loan during the 8 week “forgiveness period”. FOR THOSE EMPLOYERS WHO ARE APPLYING FOR ROUND 2 OF THE PPP LOANS, EXPECTED TO START THIS WEEK, PLEASE READ ACCUPAY’S PREVIOUS PAYDAY EMAILS ABOUT PPP LOANS AND INFORMATION NEEDED BY SBA LENDERS TO PROCESS YOUR REQUESTS. This PayDay will discuss the “forgiveness details” of the PPP loans, along with how to account for and document your costs to your SBA lender during the 8 week “forgiveness period.”

Treasury has advised that the 8 week “forgiveness period” starts with the day you receive the PPP loan proceeds in your bank account and ends 8 weeks later. A good starting point for planning for the disbursement of costs eligible for forgiveness is to identify the exact 8 week “forgiveness period”—-starts with day you get the PPP proceeds and ends exactly 8 weeks later. Once you have identified the exact 8 week post loan time frame, you can then start a spreadsheet or other accounting procedures to “track” costs eligible for forgiveness and “adjust/tweak” as needed to actively monitor the progress of your eligible costs during the 8 week time frame. It is very important that you “fit” eligible costs into the 8 week period as best you can, in order to optimize forgiveness of the PPP loan proceeds.

START WITH A PROJECTION OF ELIGIBLE NON-PAYROLL COSTS

Project what you will spend for 8 weeks of the above costs, and make sure you start accounting for them from day 1 of loan proceeds and 8 weeks thereafter. This will give you a pretty good idea of your non-payroll eligible costs to pay for the 8 week period—–make sure you actually pay those costs during the 8 week “forgiveness period.”

As a “general rule” and subject to further clarification, costs for rent, interest and utilities above 25% of the PPP loan proceeds will not be forgiven, since Treasury has stipulated that at least 75% of the PPP proceeds must be spent on “payroll costs” to optimize forgiveness.

Making the above cost projections will provide you with an estimate of “payroll costs” you may choose to use as your “target” to pay during the 8 week forgiveness period.

SPECIAL NOTE—-We hope that Treasury adjusts the “forgiveness period” such that it does not require that restaurants, healthcare provides, local gyms, etc spend money to hire/rehire employees with nothing to do since the small business or non-profit is still not open when the 8 week period starts. This problem should be “top of mind” to Treasury since it has been well publicized—perhaps the 8 week period for “shut-down businesses” does not start until they can reopen, or the 8 week period turns into a 12 week period for certain types of industries——BUT that is pure speculation on my part, and at this point the law is that the 8 week period for “counting costs” for forgiveness starts the day you receive the loan.

WHAT IS INCLUDED IN PAYROLL COSTS?

Payroll costs eligible for forgiveness at the end of the 8 week post loan period are exactly the same costs which were used to calculate your PPP loan amount. They are:

State and local taxes assessed on employee compensation—-we do not believe this refers to the employer’s payment of state/local employee withholdings, since those are already included as gross wages/compensation. Treasury has not clarified the definition of this category of payroll costs but we believe it is state unemployment taxes plus any other employer-paid taxes/assessments which exist in some local jurisdictions.

KEEP TRACK OF YOUR ACCUMULATING PAYROLL COSTS AND COMPARE IT TO YOUR PPP SPENDING GOALS ON YOUR SPREADSHEET!

Once you have totaled your “payroll costs” paid/incurred during the 8 week period following your SBA loan deposit, the portion of your payroll costs which will not be forgiven is based on 2 types of “reductions” to forgivable payroll costs”, which are as follows:

By choosing the lower FTE period of 35 employees in Jan-Feb of 2020, 40/35 X $200,000 of payroll costs means all the payroll costs of $200,000 will be forgiven. So the number of your FTE’s during the 8 week forgiveness period will be very important in determining what percentage of your payroll costs spent during the 8 week period will not need to be repaid on the SBA loan. This will be a “challenge” for businesses not open when they receive the SBA loan proceeds since rehiring/hiring employees when your business is shut down does not make a lot of sense.

The amount of your payroll costs which are forgiven at the conclusion of 8 weeks will be reduced by the amount of any employee’s salary or wages (pay rates) which are decreased by greater than 25% from their previous salary/payrates paid during the 4th quarter of 2019 (just the excess over the 25% reduction, not the amount actually paid). An important provision in the CARES Act indicates that IF those employee salaries/wages are restored to their previous pay levels by the conclusion of the 8 week period, then forgiveness will not be reduced since pay levels have been restored to their previous levels

FOOD FOR THOUGHT (and perhaps Treasury clarification!) AS TO PAYROLL COST FORGIVENESS STRATEGIES

Many others we have spoken with are putting all “eligible costs” on a spreadsheet, showing the original amount of the PPP loan proceeds and then entering the costs of payroll and other eligible expenses on the spreadsheet. Whichever method, or any other method which tracks the usage of the PPP loan proceeds (could be a yellow legal pad of paper if you wish to be “old school”) you use, be prepared at the end of the 8 week period to provide supporting documents to your SBA lender to show costs which qualify for forgiveness.

Make it easy for the banker to review your calculations and supporting documents for the loan forgiveness calculation at the end of 8 weeks (sort of like preparing for an audit—lay it out in an orderly fashion for inspection!!). Stay up on future clarification from the Treasury/IRS as to examples of “forgivable costs”, since some of the items are simply not clear. We also suggest that you ask your CPA or business consultant for ideas on tracking PPP costs and helping you monitor and optimize the amount of forgiveness on your SBA loan.

If you have questions or ideas on any aspect of “forgiveness”, please email larry@accupay.com. This PayDay is based on our understanding of the forgiveness provisions of the PPP loans, much of which has not been clarified. We will continue following developments in this area as FAQ’s and Treasury interpretations are released.

Great information, although my head is spinning!